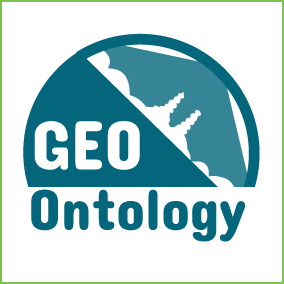 Developing a scalable blockchain, decentralized reputation systems and semantic web technologies, to achieve trustworthy content handling and data exchange as well as trustworthy service exchange are a baseline problem that continues arising as far as digitalisation and data economy is taking place. Nowadays, there is a lack of trustability for sharing and transferring data; legal regulations as GDPR define a restrictive regulation about data usage, data geolocation and data sharing. GEONTOLOGY presents a solution that addresses the challenges defined in the open domain to integrate the geo-location as part of the semantic capabilities to empower any transaction, at the same that extending the ONTOCHAIN network capabilities.

GEONTOLOGY proposes a solution to enable data exchange trustability, consent management, reputation and privacy-driven solutions. This innovative protocol called Proof of Offset (POO) enables higher data access control by geolocation, accountability and data exposition minimisation. Thereby, GEONTOLOGY brings new opportunities for data security and privacy management, such as users awareness, via allowing to Apps to use this protocol/service to inform about the real country of origin for a data portability/exchange transaction request. The potential uses and benefits from POO are envisioned as a core component for any networking architecture of the Next Generation Internet, e.g. DLT/blockchain, and beyond 5G.

GEONTOLOGY aims to create significant evidence of the benefits of the proposed protocol as part of an emerging data economy for the safety data exchange, accountability and trustability via new models that guarantee the satisfaction of rules, contracts and agreements, at the same time that promotes new economic models driven by user's acceptance, compliance with new regulation frameworks, community-driven reputation schemes and integral data management.

GEONTOLOGY will create a protocol to geo-locate data origins and end-users in order to guarantee the proper data usage; access control; security/privacy; and GDPR compliance, which will boost data economy.

The proposed protocol is based on the Proof of Offset (POO) algorithm designed by HOPU; which allows to validate and determinate the geolocation for a device, which enables the capacity to reduce the use of technologies as VPN to avoid geo restrictions.

This algorithm uses the Round-Trip Time (RTT) and the baseline metric. As the basis of evaluation, we leverage on the IEXEC infrastructure and other cloud services providers would be considered to extend the number of nodes/coverage to validate a geo-location via a Proof of Offset test.

The POO algorithm is the core of ONTOCHAIN proposed innovation as part of the architecture and network.

The main gap addressed is the current vulnerabilities via virtual networks, proxies and other distributed technologies to identify the origin of communications; especially sensible for data access control and security/privacy.

Addressing the critical socio-economic challenge around GDPR, like data portability, users awareness/transparency about their transaction, and thus higher users protection and capacity to make decisions.

Blockchain and Distributed Ledger Technologies (DLT) present a major challenge in the accumulation of power by centralized entities such as exchanges, countries or large corporations. In fact, the majority of current consensus power is out of the EU domain. For that reason, consensus algorithms innovations are a crucial area in the future of DLT infrastructure sustainability. GEONTOLOGY can verify the geographical distribution of nodes participating in the consensus to reduce, the problems known as Byzantine attacks or coordinate inflation, as also limiting replication and geographical dispersion.

Europe is aware of the value of data and its strategic power when it comes to the development of the economy of countries, and it is for this reason that it has placed special interest in the regulation of these when we talk about international data transfer.

Due to these regulations, many companies that operate both in the EU and in the US have placed severe restrictions on the transport of this data, such as not allowing it at all. This is relatively easy when we are talking about data that is handled internally in a company, but… what happens when you talk about services such as Data Spaces or IoT Platforms that provide data directly to users? A control system is necessary to verify that the users who consume the data are doing so from a location that does not breach European regulations.

At this point is where Geontology proposes a decentralised system for both discovering and verifying the location of users that will allow these platforms that share data with their users to ensure that they do so correctly under the regulatory framework imposed by the European Union.

Geontology is based on a self-developed algorithm called Proof of Offset (POO) which studies the latencies generated between users and the different nodes of the network, allowing both; locating users and validating their provided geolocation.

The algorithm offers a mechanism to enable geolocation of T nodes and verification that goes beyond IP Location with the capacity to verify that the customers are not behind any proxy, VPN or other mechanisms that could imply a modification of the real location.

Currently open to the ONTOCHAIN community only. Reach out if you need access.

Discussions with FIWARE Foundation to include these services as part of the FIWARE enablers (components) to provide geolocation data security to FIWARE based Smart City platforms and Data Spaces.

There are defined two ways of monetization:

As a data space, I want to be compliant with Europe data access regulations.

As an IoT device manager platform provider, I want a standardised compliant way to control authorised devices by location.

These smart data models will be extended with location SLA information to limit its usage to inside-EU, cross-border, international and global definitions.

ONTOCHAIN partners that support the scenario 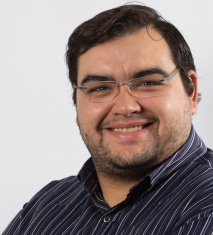