Interacting with a blockchain protocol results in generating or storing pieces of unstructured data that are, until today, restrictive into the way they are queried, processed, integrated, or semantically annotated. To this end, ISLAND focuses on enabling semantic interoperability services for the Ontochain technology stack. More specifically, ISLAND’s aim is to capitalize the offerings of the Ontochain platform and enhance software blocks that will be brought by the SMEs, as background knowledge, to provide a set of Web services that would facilitate users to extract pieces of unstructured data from blockchain networks, annotate them with semantic knowledge from Ontologies, and make them interoperable with the use of the Resource Description Framework (RDF). To this end, ISLAND’s core objective is to enable the integration of RDF sources that were generated using different vocabularies and different perspectives on blockchain data; data that are distributed in different, potentially heterogeneous public or private blockchain ecosystems.

The blockchain trilemma has resulted into a Blockchain universe of different public and private blockchain ecosystems that are considered self-evolving and self-adaptive. On one hand, they are considered as self-evolving because they have come into existence by the interactions of their participants as a result of: (i) issuing transactions, (ii) validating blocks, (iii) deploying and executing smart contracts. On the other hand, they are characterized as selfadaptive since their existence is sustained by a consensus algorithm. Thus, data that are dynamically generated by the self-evolving and self-adaptive nature of such an ecosystem are a significant building block of the blockchain universe. In such a universe, heterogeneous users (e.g. data owners, consumers, application providers, cloud providers) trigger the generation of data, transactions collect data that are then organized into blocks, validators verify blocks of data, and smart contracts execute various actions on the data, and thus dynamically evolve their immutable state. In general, the entire blockchain universe is data driven based on human-centric behaviour. The Blockchain universe generates large amounts of distributed data which is made available publicly due to their transparent and immutable properties. The property of decentralization is considered an enabler of this data driven paradigm. Although blockchains are considered a foundation building block in Web 3.0, they lack software standards that can lead to the emergence of a global, open, interoperable and semantically rich data space. This comprises the core concept and motivation of the ISLAND project, that is the creation of an interlinked and interoperable semantically-enriched blockchain data ecosystem.

ISLAND will take advantage of the ONTOCHAIN technology framework, which will provide the necessary toolkit of services for indexing and monitoring data from the state of various smart contracts, from a predefined domain of interest (e.g., trustworthy web and social media, crowdsensing online social network, industrial applications). The domain of interest will be selected by the consumer of the data (e.g., a user or a computational agent). Data will then be monitored by a crawler service that will be used as a data feed or a data curator service. Data coming from the data feed service will be stored off-chain to IPFS clusters as RDF graphs annotated with semantic data defined by various Ontologies. Since the state of a smart contract evolves, according to the various events that are triggered or the actions that are executed on the contract’s state, the generated RDF graphs will evolve over time into semantic agreements (i.e., Ontology agreements, metadata schemata agreements). Specifically, semantic agreements will provide the capability of validation, through blockchainenabled smart contracts that will execute on top of the iExec blockchain network, which will ensure that ontologies, as well as, on-chain and off-chain knowledge is logically consistent, or otherwise provide alerts in cases of data inconsistencies. Finally, knowledge extraction libraries will be implemented based on machine learning techniques (e.g., deep learning). Overall, OntoChain will provide the tools and API services for supporting the indexing, generation, and querying of RDF graphs providing semantically enriched and interoperable blockchain data. Since data will be structured in a homogeneous format, interoperability will also be enabled between data from multiple blockchain networks.

The ISLAND framework envisions a layer of intermediation between the exposed APIs from the participating smart-contract-users (southbound) and the data consumers (northbound). The framework is set to expose a unified abstraction model to any data consumer that aims to infer meaningful knowledge from smart contracts, while at the same time enabling the semantic interoperability of the data. An innovative idea of the ISLAND framework lies in the introduction of deep learning-based algorithms to support knowledge extraction from large RDF sources based on user requests. The ISLAND framework will expose a human-centric interface to the data consumers by visualizing the RDF graphs, and enabling the execution of CRUD operations on the data and their semantic annotations.
In this sense, ISLAND exposes an interface, through which the user defines a set of smart contracts to index and monitor within the ISLAND framework (i.e., which events or function calls). The smart contracts will act as data endpoints for the ISLAND framework. These end-points will be monitored by the Crawling Service and indexed appropriately by the Indexing Service.
While a smart contract is processing a transaction (i.e. from some block in the blockchain network) the Data Feed Service will generate the necessary RDF Graphs and store them off-chain over an IPFS Cluster.
The user can also link the data to predicates from existing or new Ontologies from the Linked Open Data Cloud, while the RDF graphs are generated. Users can also choose to link data from other RDF graphs that were generated on other blockchain networks. This will enable the integration of on-chain data extracted from heterogeneous blockchain networks (on-chain) or with data from external data sources (off-chain).
Lastly, the framework will enable data consumers to query the data (or the aggregated views of the data) using SPARQL Endpoints.

The value proposition that lies underneath the project’s functionalities and vision is to enable the ONTOCHAIN framework with indexing and querying capabilities to structure data from multiple blockchain networks, represented as RDF Graphs and annotated with rich metadata from ontologies. In addition, to develop (i) a rich set of structured, semantically rich, and interlinked RDF Graphs, (ii) a set of RDF schemas with the use of Ontologies and populate them with the blockchain data extracted from a blockchain ecosystem and finally, (iii) to guarantee the reliability of the data we envision to leverage a P2P storage service (e.g IPFS) to ensure the integrity of the RDF data instance via blockchain solutions. ISLAND aims to promote Ontochain ecosystem by bringing data semantics in the blockchain framework while other mechanisms assess the truthfulness of data exchanged. Also, while iExec has already developed a mechanism for this, the mechanism can inspire the creation of reusable, complex decentralized oracles or similar concepts for several application domains. Towards that direction, ISLAND foresees the reuse of existing tools and mechanisms provided either by iExec and/or Ontochain framework in order to develop the ISLAND functionalities. Moreover, ISLAND tends to crawl and process data from different clouds running on iExec’s infrastructure.

During the upcoming years, it is envisioned that the universe of blockchain networks and protocols will continue to grow similar to how the World Wide Web did, forming a new Decentralized Web. Blockchain have been characterised by many researchers and market analysts as the new “trust machine”, enabling unknown distributed parties to share data in a decentralized manner, without the need of any intermediary. Interacting with a blockchain protocol results in generating or storing pieces of unstructured data that are, until today, restrictive into the way they are queried, processed, integrated, or semantically annotated. Until now, the extraction of knowledge coming from different blockchain networks is not feasible, since it is still a challenge to: (i) process the data; (ii) query the data; (iii) inter-link data; (iv) integrate the data under a uniform data model; (v) open the data; and (vi) annotate the data.

The project’s expected benefits are divided into two broad categories. The first category refers to the direct impact on research innovation and excellence on the consortium emerging from the tasks performed for materializing the ISLAND’s architecture. The second category is concerned with the indirect effects that ISLAND is expected to have on the local and regional economy and society. The indirect nature of the impact is expected due to the long-term benefits that will be obtained from executing the objectives of the project. In more detail:
Economic Benefits: supporting the development of new tools that aim to assist the design and development of complex, semantically enabled decentralized products.
Societal Benefits: increasing the potential to seek competitive funds, by supporting the national and regional efforts for economic growth, and therefore increasing productivity and tackling unemployment.
Data is at the centre of the future economy and digital society, leading EU towards a data-driven economy characterized by: (i) availability of highquality data, reliable and interoperable datasets and infrastructures, (ii) improved framework conditions that facilitate value generation from datasets, and (iii) a range of application areas where improved big data handling can make a difference. A data-driven society has a demand for performing smart data analytics by exploring the available data. Several industries, such as healthcare and smart manufacturing are taking advantage of data transfer and smart data analytics empowered by artificial intelligence.

An online seminar will be used as a medium for communicating the opensource deliverables of this project. More specifically, we envision the creation of a Web UI, based on the idea of a Drag-and-Drop Programming tool where users will be able to:
- crawl information derived from smart contracts;
- feed data to a data service for generating their RDF representation;
- annotate data with Ontologies e.g., demonstrate how to cherry-pick predicates and classes from different Ontologies from the Semantic Web;
- integrate RDF datasets with other RDF graphs (off-chain);
- query the datasets with the use of SPARQL endpoints; and
- experiment with various OWL and RDFS reasoners to derive new {subject, predicate, object} triplets.
In addition, results from the deliverables will be demonstrated as part of a peer-reviewed Conference publication/ presentation. 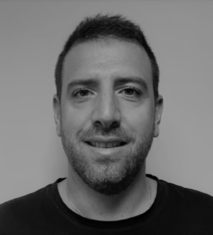 He holds a PhD in Computer Engineering and Informatics from the Cyprus University of Technology, with experience in Recommender Systems and Blockchain technologies. 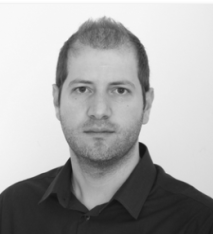 He holds a Ph.D. in Computer Science from University of Manchester, UK, with experience in Linked Data, RDF Graphs, Distributed Ledger Technologies and Blockchain. 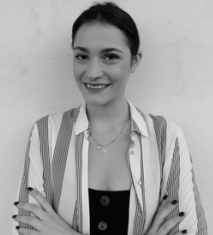 She is a PhD candidate in University of Nicosia, Cyprus in the in the field of blockchain and DLTs, with research experience and contribution in research projects realized in the context of Horizon 2020.

He is a PhD candidate in University of Nicosia, Cyprus in the field of blockchain and DLTs, with DevOps experience in virtualization, cloud environments and Continuous Integration. 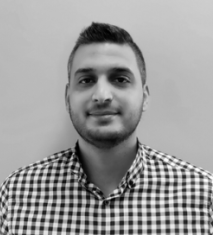 He holds a PhD in Computer Science from University of Piraeus, Greece in the area of Information Systems focusing on customer behavior forecasting in subscription-based organizations, with state-of-the-art technologies, with expertise in Information Systems, Blockchain Technologies, Machine Learning , Data Analytics. 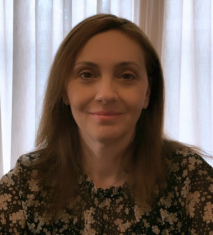 Holds a Marketing Management from the American College of Greece, CEO of Four Dot Infinity, aiming to bridge consumer mindset and needs to leading edge technologies. 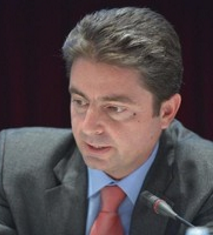 Holds a Diploma (Integrated Master) in Electrical and Computer Engineering from the National Technical University of Athens and an MBA from University of Louisville in International Management with 20+ years of experience in Technology, Telecommunications and Biomedical industries. 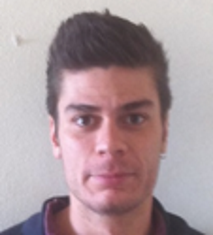 Received his M.Sc.degree in 2011 from University of ETH in Stockholm, Sweden and his Ph.D. degree in Electrical Engineering from the National Technical University of Athens in 2018. 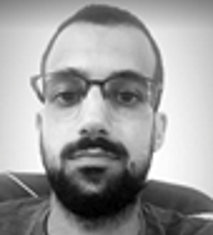 Holds a Diploma Degree in Electrical Engineering from the National Technical University of Athens and he is currently working on his PhD thesis at the same University. His main research interests include Machine Learning techniques targeting optimization of resource utilization.

RedMullet Tech Ltd is an R&D company that provides a wide range of digital transformational services and blockchain based solutions using the Web3 technology stack.