The ONTOCHAIN infrastructure is currently seeking an application layer.

Startin’blox is a low-code app builder, fully open source, for interoperable apps based on the Solid standards and compatible with SSI and blockchain projects.

They’ll enjoy the additional benefits of having a Solid POD they can host their off-chain data into.

ONTOCHAIN is willing to add an application layer on top of a semantic, SSI and blockchain based infrastructure. Starin’blox is an app builder on top of such an architecture.
By providing the ability to deploy Solid Personal Online Data stores (PODs) and a low code app builder, we believe to nicely complement the ecosystem by providing ONTOCHAIN users with the ability to self-host their off-chain data, and to painlessly build applications on top of it.
Developers and entrepreneurs willing to build services on top of ONTOCHAIN will have the ability to deploy a POD in a couple of clicks. They can entrust Startin’blox with the hosting of this POD, which would therefore bring revenue to the ONTOCHAIN ecosystem as we redistribute two thirds of the revenue generated by our hosting services  to our partners. Of course, as everything we do is open source, users can also choose to self host their PODs.
We also provide ONTOCHAIN with a low-code interface to build applications sittings on top of its infrastructure. We believe this tremendously increases the likelihood of a real ecosystem of applications emerging on top of the ONTOCHAIN stack.

Any entrepreneur / developer will be able to build an application on top of the ONTOCHAIN infrastructure without technical knowledge.
Startin’blox is both the simplest and most advanced solution today to develop an application compatible with semantic, SSI and blockchain technologies.

Step n°1: User management via SSI feat. GIMLY ID
Our first step would be to become compatible with the SSI layer of ONTOCHAIN, so that every single app creator could easily rely on this infrastructure to generate and handle the identity of her users. The shortest path to be able to integrate ONTOCHAIN SSI capabilities into our low-code app builder is to interface with GIMLY ID. With our current level of understanding, our privileged path would simply be to develop a Startin’blox module, called a Blox, that would plug into their API to authenticate users to our applications.

Step n°2: NFT marketplace feat. OriginTrail DKG
Once user management is handled, the next step is to provide useful features to our developers and entrepreneurs, so they find value in using the low-code app. Several of our prospects have already asked us for an NFT market, and we are currently building one for We are Inclusive, a caritative donation initiative based on NFTs. This market signal leads us to conclude the providing a low code solution to embed an NFT marketplace into your own application, alongside other features, is providing value to developers and entrepreneurs.
Therefore, our logical next step would be to work with OriginTrail DKG in order to encapsulate their NFT marketplace as a module, called a blox, so that it can be embedded in any app in a single line of HTML.

Step n°3: Smart Contract Integrated Development Environment (IDE) feat. BOWLER
This step is actually a low hanging fruit bringing a lot of value to the developer or the entrepreneur willing to deploy an application using a wide range of features, some of which sitting on top of her own smart contract. BOWLER is already providing a full fledged IDE to develop, test and deploy your tailored smart contract. Startin’blox would embed BOWLER’s interface into ONTOCHAIN app builder to provide advanced users with the ability to seamlessly implement their own smart contract.

Low-code / no-code tools can unleash the adoption of the ONTOCHAIN infrastructure. The less technical knowledge is necessary to interface with ONTOCHAIN, the more entrepreneurs and developers will seize the opportunity to build their solutions on top of the ONTOCHAIN platform.
Today, the web3 ecosystem is mostly interacting with itself. ONTOCHAIN is proposing to bridge the gap between semantic web and blockchain, which we also believe is the right path for the web. We want to go a step further and allow developers and entrepreneurs to blend features into their application, without separating the blockchain powered features from those that aren’t. We believe this will unlock the web3 ecosystem and allow blockchain technology to find its way alongside our chat, our map, our profile directory, or any other feature that we use on a daily basis.

The ability to build an app that allows your users to log in with GimlyID, browse OriginalTrail’s NFT market place and maybe customize your smart contract with no technical knowledge required to do so. 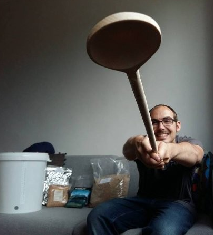 CTO, technical expert in Solid, SSI and blockchain.
Benoît participates regularly to W3C and Solid meetings to shape the standards based on our real world use cases, as we are one of the first implementers of those standards in a real world business context. 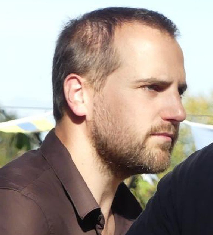 CEO, expert in Solid, SSI and their implementation in 30 real world use cases as the account manager of all our clients. Sylvain understands Solid and SSI at a technical level, and has participated in several W3C calls to shape the Solid standards in a way that converges with market needs. 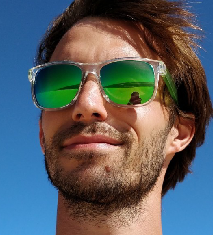 Partnerships & Fundraising. Alex has an understanding of both the Solid and the web3 ecosystems. He is in charge of bridging the two spaces to foster business opportunities for Startin’blox.