A total of 76 proposals from all over Europe have been submitted to ONTOCHAIN second open call, between the 15th of July and the 15th of September 2021.

The target audience were researchers, innovators and developers, whether from high tech companies including SMEs, academia or natural person(s) legally established in an EU Member State, H2020 associated countries or Overseas Countries and Territories (OCT) linked to the Member States. 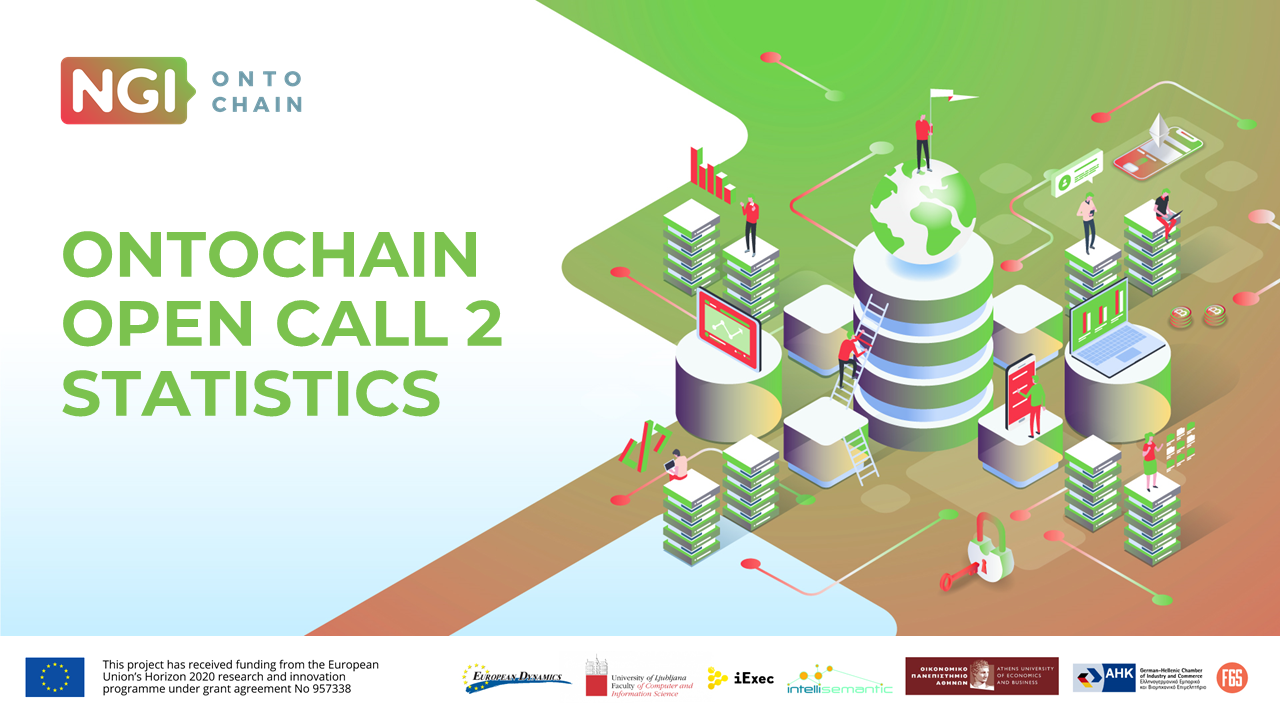 Profile of Applicants and Technology Domains of Expertise

Applicants were asked whether they were applying as: 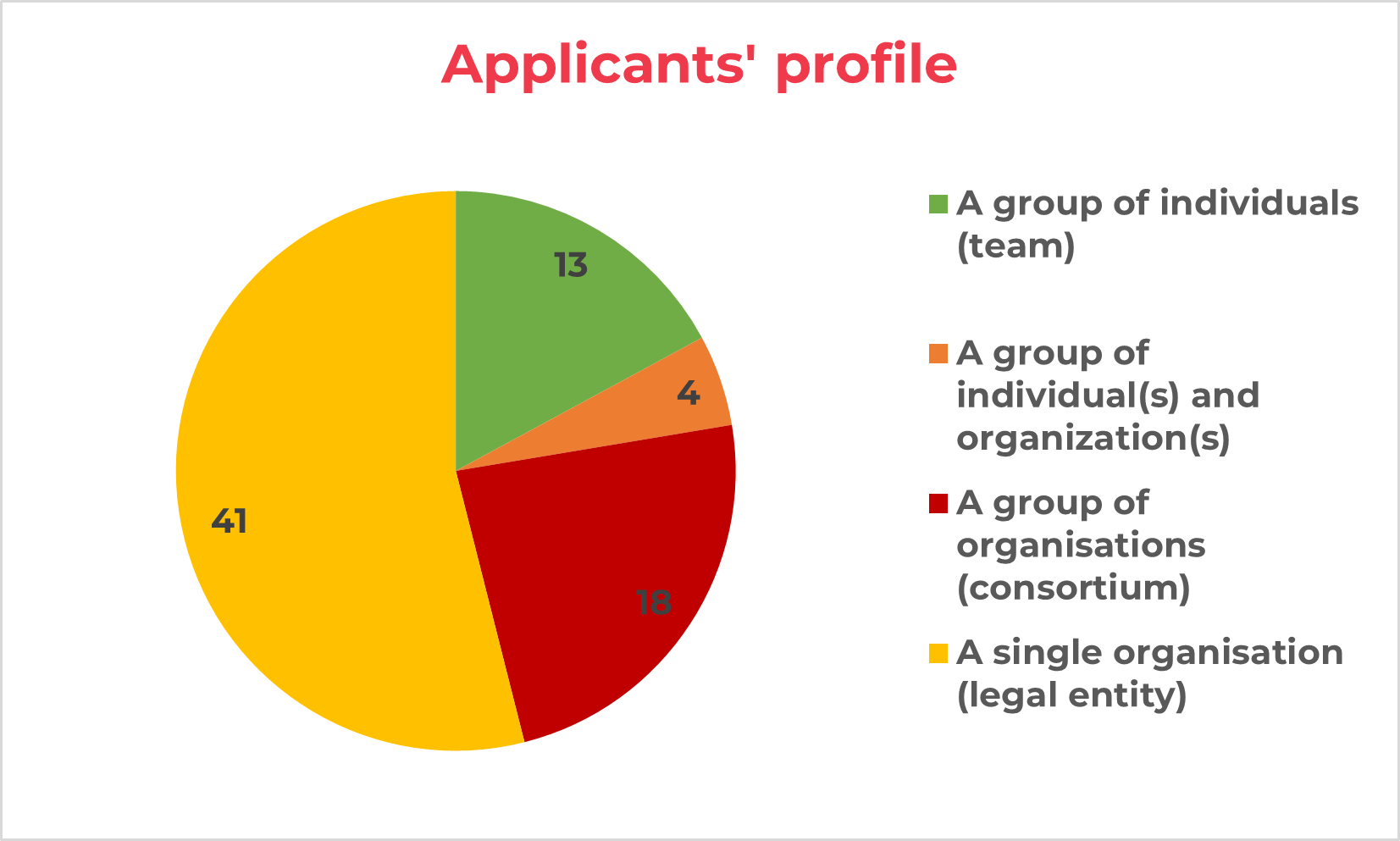 At the same time, applicants were asked to select their technology domain of expertise as follow:

The expertise domains among the 76 applications were distributed as represented in the following figure. 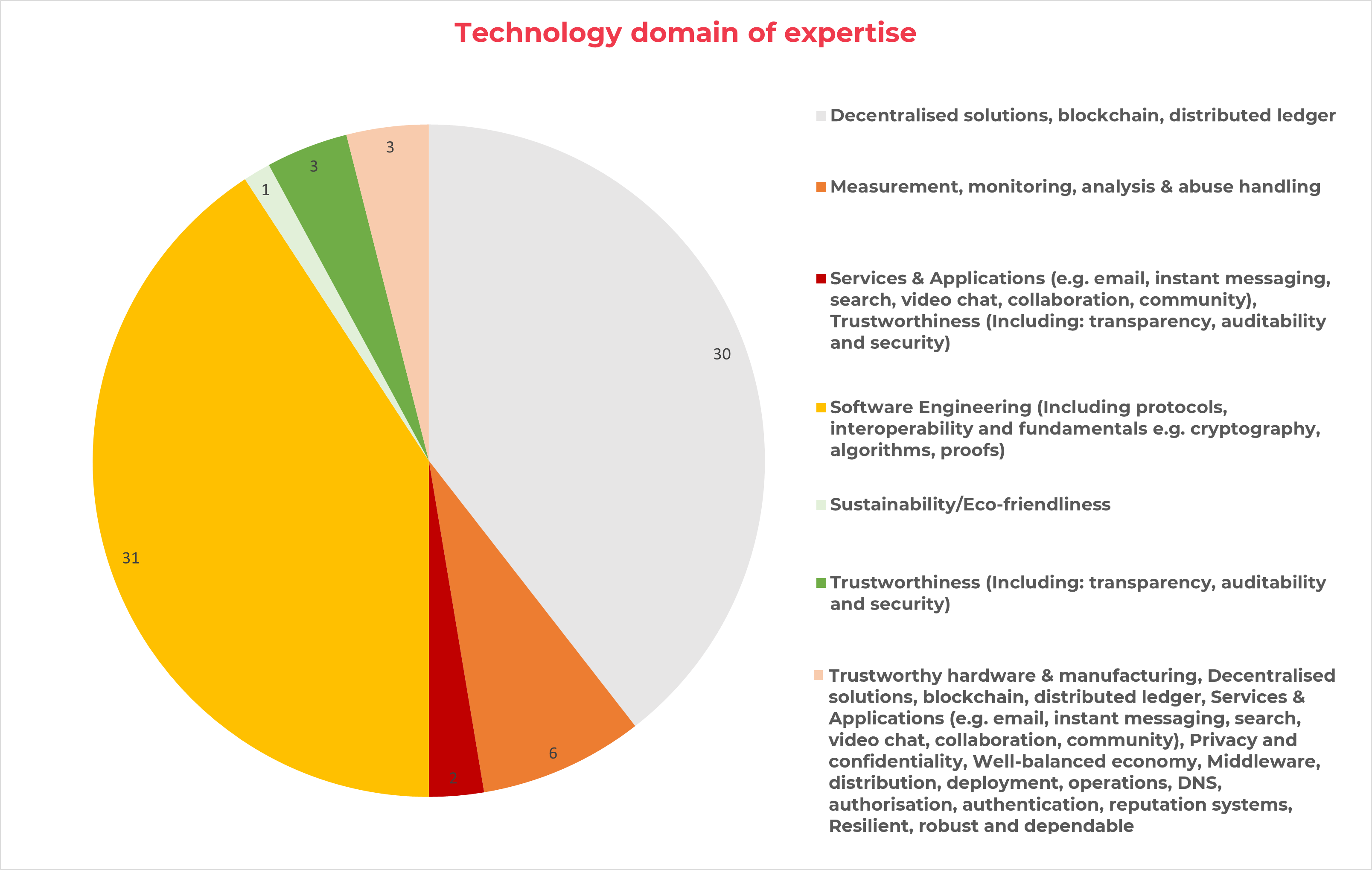 A large number of countries were covered thanks to the communication and dissemination efforts in getting participants from all eligible countries. So, this Open Call 2 received proposals from 21 countries. Spain (16,9%), Germany (10,8%), Italy (9,2%), Slovenia (9,2%), France (7,7%), The Netherlands (7,7%), were the five countries the most represented. 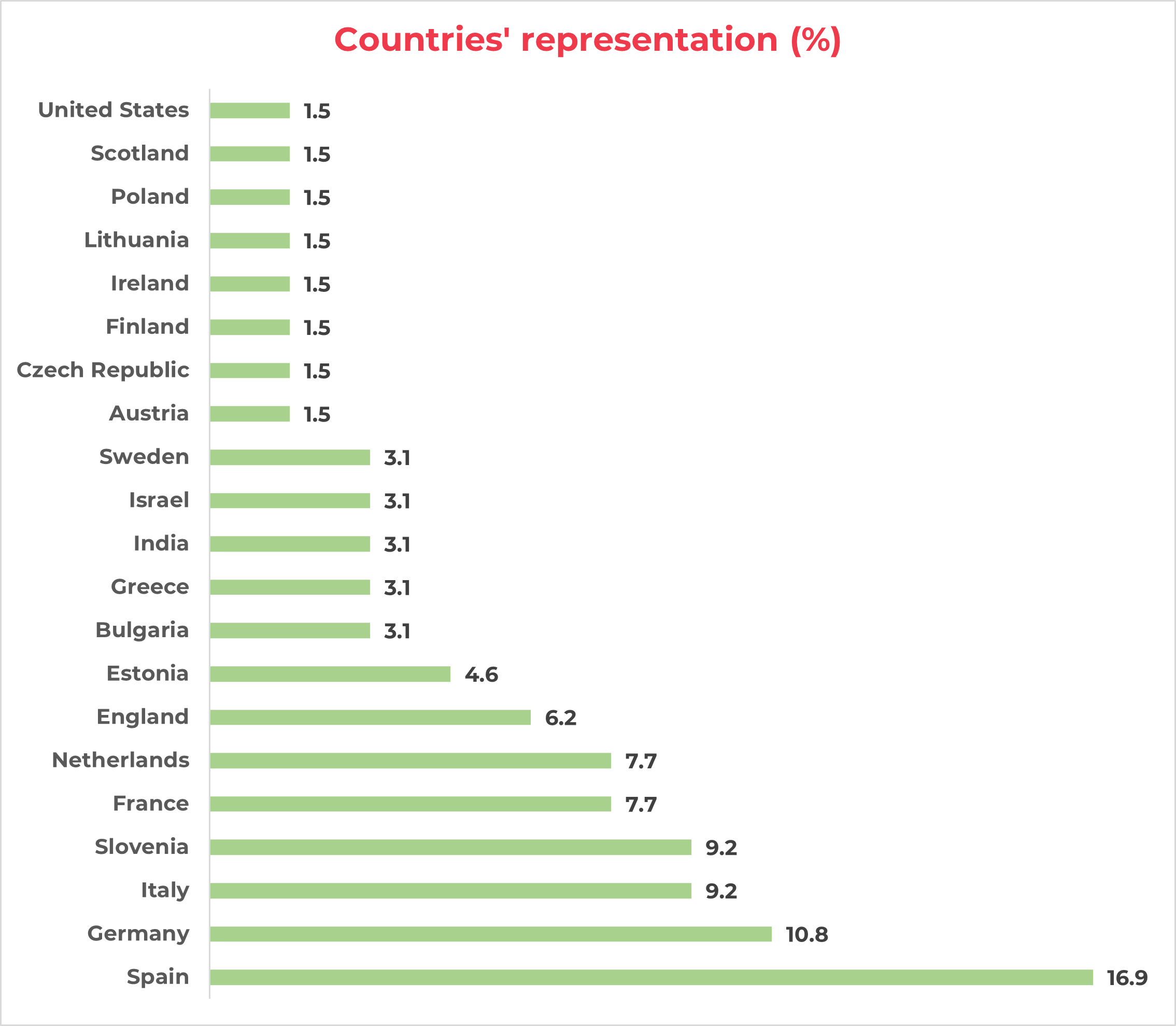 To implement an infrastructure that will host ONTOCHAIN’s trustworthy data, metadata and services, and specific software solutions that can be used widely, further extending the use cases and the architectural features planned by the end of the Open Call 1, the applicants could choose among 6 defined topics plus one open as follow: 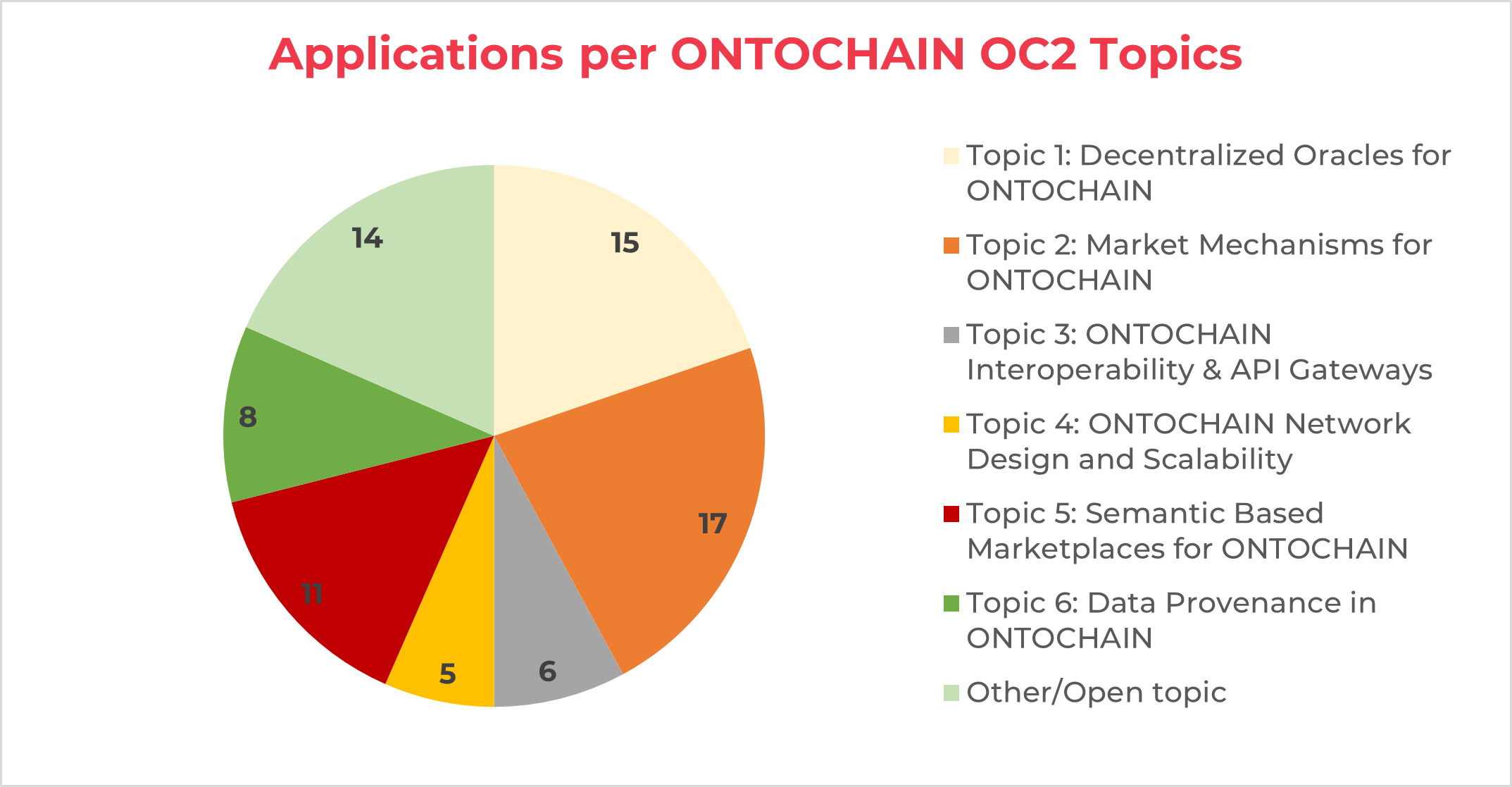 The table hereafter summarizes the quick facts about the selected projects:

By rules, the ONTOCHAIN Open Call 2 has been distributed to the legal representative of the legal entity or of the consortium. In that last case, a consortium agreement has been signed by the parties belonging to the consortium mentioning amount shared between them. The figure hereafter shows the funding distribution per countries taking into account only the legal representative’s countries. So, Spain is the most funded country with around 32% of the total OC2 funding distributed to it. Then follow Germany (around 16%), Italy (around 16%), Sweden (around 10%) and Slovenia (around 10%), as well as Estonia (around 5.5%), Poland (around 5.5%) and France (around 5.5%). From a geographical point of view, the funding of ONTOCHAIN for this Open Call 2 covers well Europe. 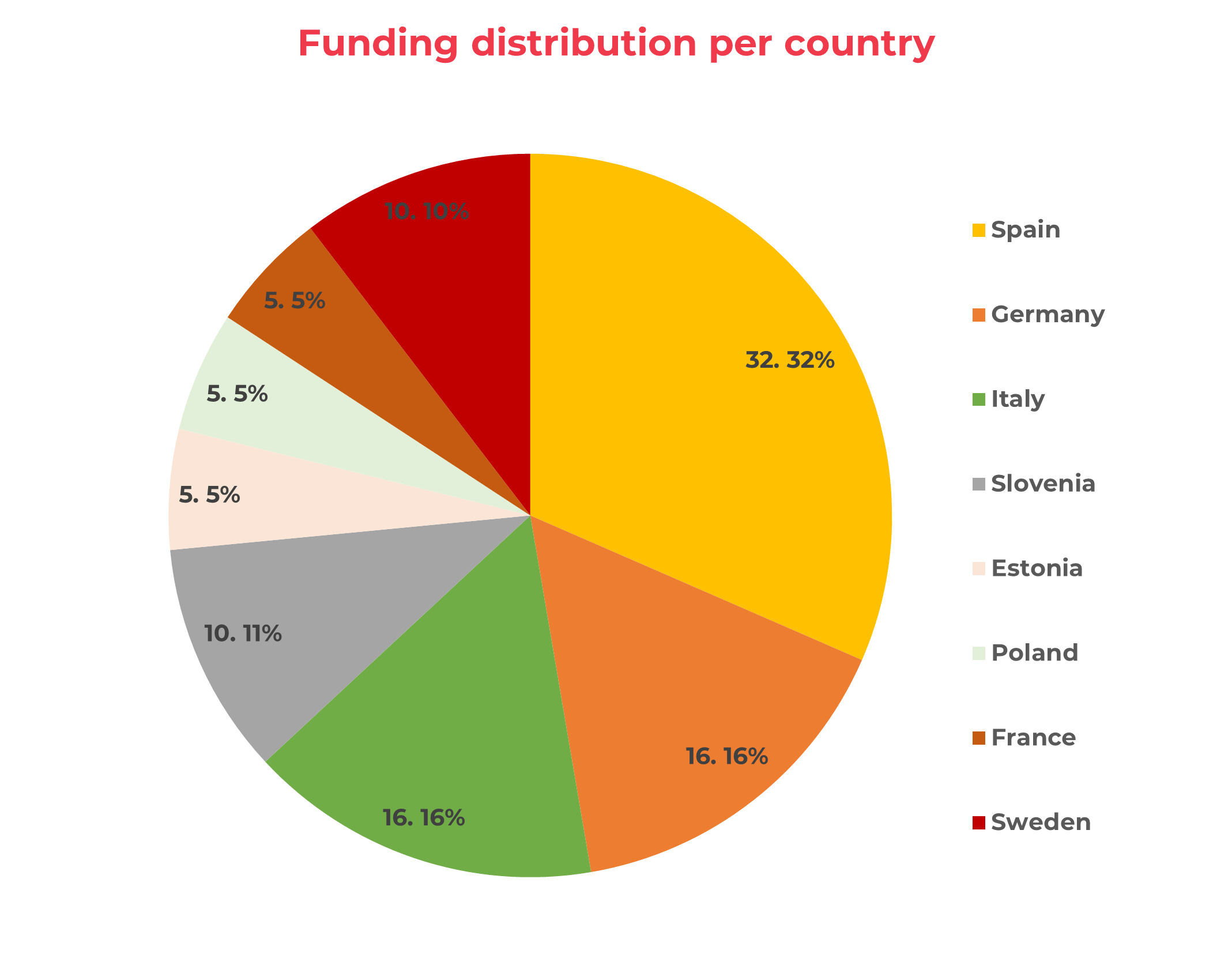